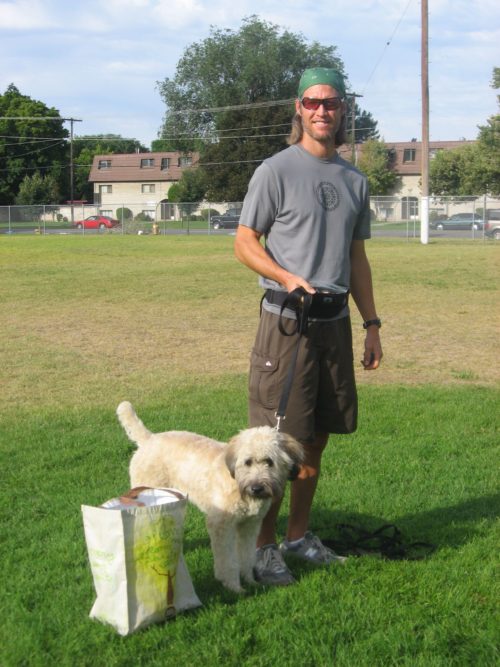 Tom and Christy came to us with their dog Floki, a Korean Jindo. Floki was very scared. As a result, they weren’t able to take him for a walk because he didn’t want to be touched. Floki came from a Korean farm where he was abused.

The owners were very dedicated to help Floki, as a result, they purchased twelve sessions to do Salt Lake City dog training with us.

Because his fear was high the approximations of getting his collar on were slow but always predicted something positive with treats. As a result, the owner learned how to interact in a way so that Floki could feel more comfortable with putting on his collar.

Also with Four Legged Scholars LLC, Salt Lake City Dog Training, we worked on getting him to be comfortable with being touched.

He has become so much more friendly and trusting toward his owners.

Floki was also fighting with their other dog, Penny, an Ausralian Shepherd. After working with Alyssa they got feedback on how to keep both dogs happy together. Penny learned that when Floki passed by she got treats so she became happy by the sight of Floki.

Both dogs learned that in order to get what they wanted they needed to exhibit good behavior. To teach this the owners did the Nothing in Life is Free Protocol.

We are so happy to have worked with Floki and his owners in Salt Lake City. Dog training helped make Floki trust his new family. They are so much happier now.

"Avoid These Mistakes in Your Dog Training." Obtain this Free Video Now.

Receive by Signing Up:

Free dog training tips will also be sent your way!

You have Successfully Subscribed!